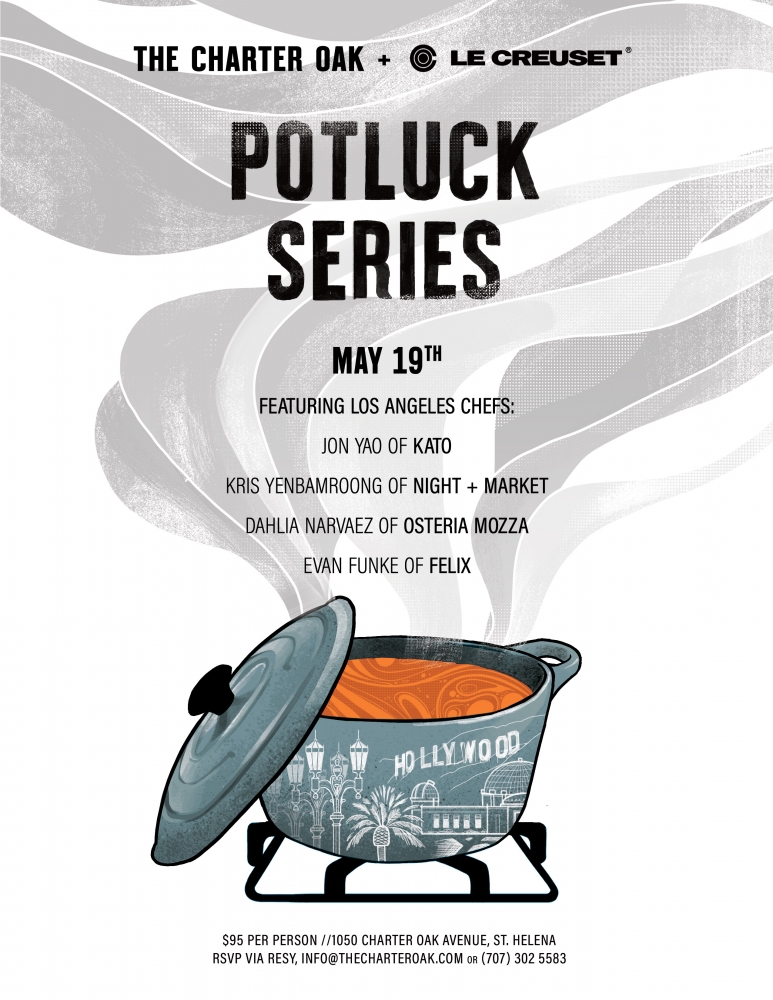 Thank you for joining us at The Charter Oak as we welcomed guest chefs from Los Angeles for a celebratory Potluck Dinner. This dinner series in partnership with Le Creuset benefits St. Helena Preschool For All, a local non-profit providing scholarships to 3 and 4 year-olds in need.

Jon Yao of Kato, awarded "Best New Chef" from Food & Wine Magazine in 2018, nominated for "Rising Star" in 2019 by the James Beard Foundation.